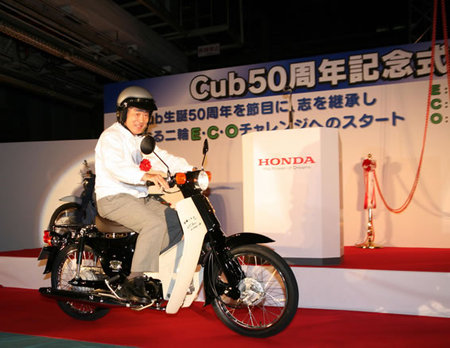 Honda held a ceremony on July 21, 2008, to commemorate the 50th anniversary of Super Cub sales which began in August 1958. The ceremony for associates was held at Honda’s Kumamoto Factory where Super Cub is produced in Japan. Since the introduction of the first Super Cub C100 model in 1958, Super Cub has been a long-selling product sold in more than 160 countries to date, and customers around the world enjoy using Honda Super Cub every day. Production of Super Cub in regions outside of Japan began in 1961 in Taiwan, with production based on component parts sets provided from Japan and was expanded to other countries based on Honda’s commitment to “build products close to the customer. 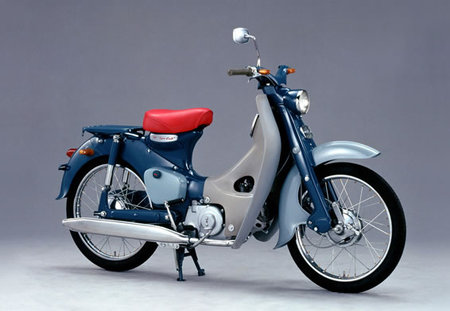 The Honda Cub series is currently being produced at 16 plants in 15 countries around the world.