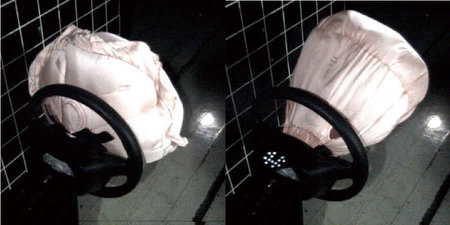 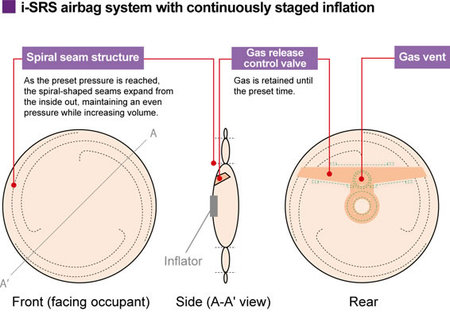 Honda plans to implement the new continuously staged inflation i-SRS airbag system on the driver’s side of the Life minicar to be released in Japan in November 2008.