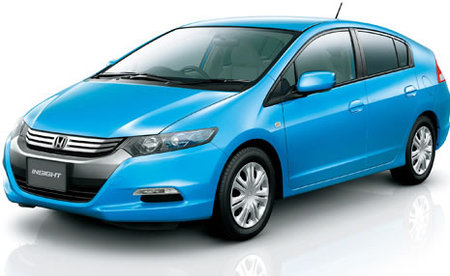 Honda’s Insight, billed as the cheapest gas-electric hybrid on the market, ranked as the top-selling vehicle in Japan for April — the first time a hybrid has clinched that spot. Honda sold 10,481 Insight cars in April in Japan, according to data released Monday by the Japan Automobile Dealers Association.

The Honda Insight starts at 1.89 million yen ($19,000) in Japan, where it went on sale in February, and $19,800 in the U.S., where it is starting to arrive in showrooms. Honda may face tough competition from a revamped version of the world’s top-selling hybrid, the Prius, from Japanese rival Toyota.