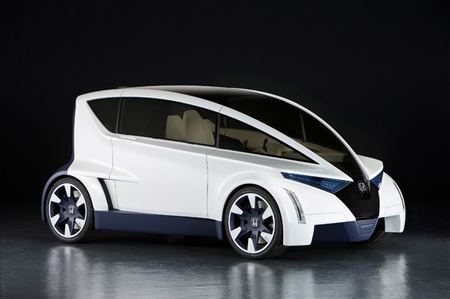 The Honda Personal-Neo Urban Transport (P-NUT) design study model demonstrates a futuristic concept for an ultra-compact and sophisticated city coupe. Conceived around a small “footprint” for maximum convenience in tight urban settings, the packaging concept integrates a center driving position configuration and a rear powertrain layout. The exterior styling leverages crisp angles with dynamic flowing lines that originate from the front of the vehicle and span outward toward the rear.
. 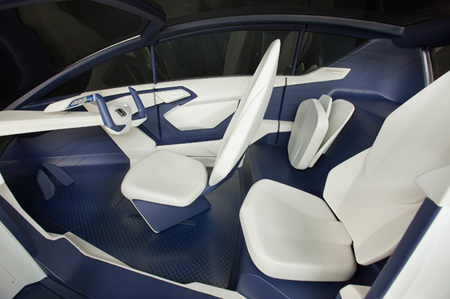 The layout of the interior space, with its center driving position flanked by two rear seats, provides generous legroom for all occupants, roughly the equivalent of a mid-sized sedan in a vehicle that has an exterior footprint similar to a micro car. Interior functionality is increased by rear seating areas that fold up and out of the way to increase storage capacity. The windshield serves as a heads-up display for the navigation system and the back-up camera. 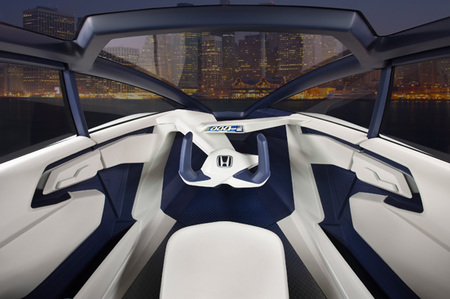 The modular rear engine bay, depicted on the exterior by blue composite material, is designed to accommodate a wide variety of potential propulsion technologies including a conventional small displacement internal combustion engine, a hybrid gasoline-electric powertrain, or a battery-electric powertrain.