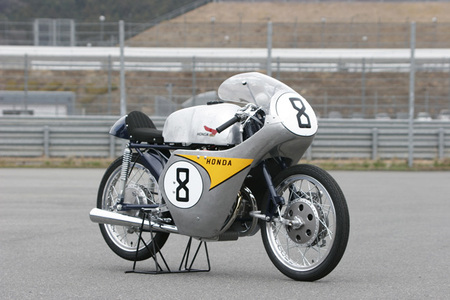 2009 marks the 50th anniversary of Honda’s participation in World Grand Prix racing, and to commemorate this event a team has been at work for the past two years restoring the RC142. Honda first participated in the World Championship Racing (WGP) Isle of Man TT Race in 1959. The motorcycle it developed for that race was the RC142 works machine, fitted with an air-cooled, 4-stroke, DOHC, 4-valve, 2-cylinder 125cc engine. 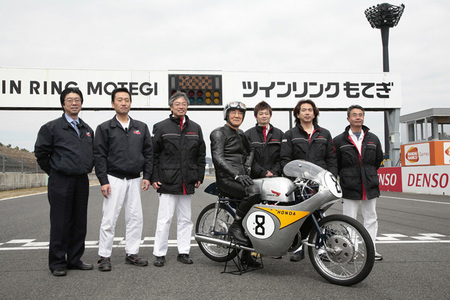 The project team handled the restoration based on the original blueprints and photos. When the restored RC142 was road tested at Twin Ring Motegi Naomi Taniguchi (age 73), who placed 6th in the original race, gave an exquisite riding performance, bringing the Honda sound of 50 years ago roaring back to life. 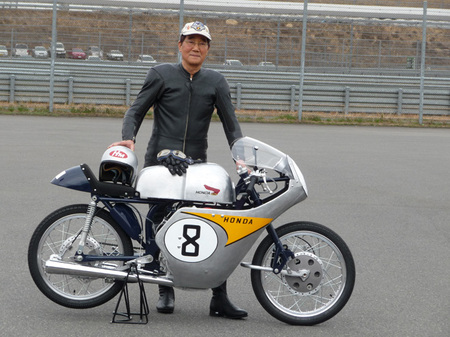 The RC142 made its WGP debut with a three-rider team of Honda associates. In the final, Naomi Taniguchi came in 6th, Giichi Suzuki placed 7th, and Junzo Suzuki finished 11th, with the team taking the Constructor’s Prize. This was the first time for Honda to compete, yet the riders’ strong performance and the RC142’s technical excellence added up to these outstanding results.