Honda will conduct testing on public roadways of its Driving Safety Support Systems (DSSS) using inter-vehicle and road-to-vehicle communications. The tests, which will be conducted using the “Honda ASV-4” Advanced Safety Vehicle and other vehicles equipped with advanced safety technology, will be carried out between Monday, March 24, and Friday, March 28, on public roadways in Utsunomiya City, Tochigi Prefecture, Japan. Honda will conduct these public-road tests using a Forza scooter and an Odyssey automobile equipped with the inter-vehicle communications technologies being developed as part of the Honda ASV-4, along with two more of the same models equipped with Honda DSSS technologies. 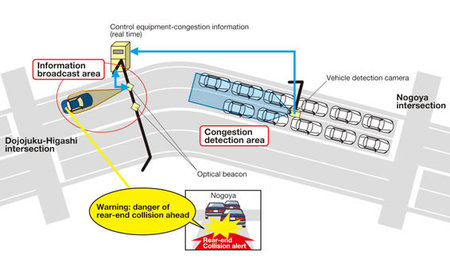