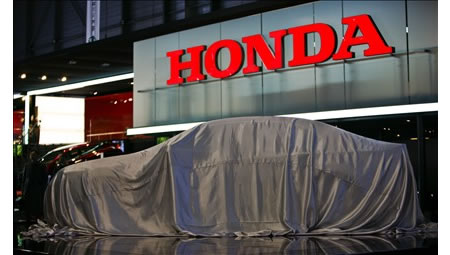 Honda announced plans to exhibit the world premiere of the Honda New Small Concept, a concept model of a new small-sized vehicle which Honda is currently developing especially for India and other emerging nations, at the Auto Expo 2010 to be held in New Delhi, India from January 5 to 11, 2010.In addition to the Honda New Small Concept, Honda also will exhibit the CR-Z Concept 2009, a concept model for a new hybrid vehicle, which was unveiled for the first time at the Tokyo Motor Show in October 2009. Moreover, a demonstration of Honda’s bipedal humanoid robot, ASIMO, has also been scheduled.