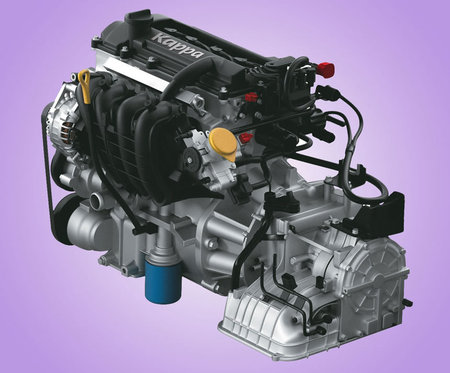 Today small is beautiful and Hyundai is ready to answer the call to small with the new Kappa inline four cylinder engine. The first car to have the Kappa engine installed will be the i10, which is 100 percent produced at Hyundai Motor Co.´s Indian subsidiary in Chennai. Hyundai’s i10 minicar with a 1.25 liter Kappa engine will deliver a fuel economy rating of 5.0L/100km (47 mpg) in the European combined test cycle––for best in class performance. In the European combined test cycle, an i10 equipped with the Kappa engine produces just 119g/km of CO2–far less than the Fiat Panda, Fiat Punto, Opel Corsa, Renault Twingo and Nissan Micra. Hyundai Kappa engine will also be installed in Hyundai’s i20 due to be revealed at this autumn´s Paris Auto Show. 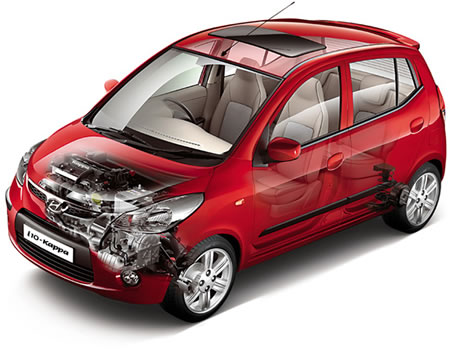 Hyundai Motor India (HMI) launched the i10 in October 2007 and has sold 184,465 units as of the end of June, one of HMI´s best sellers. Developed over a period of 48 months, the Hyundai Kappa project harnessed all of Hyundai´s engineering know–how in the quest to squeeze more energy out of each droplet of fuel while achieving EURO–4 emissions compliancy.