The Hyundai i40 has received the prestigious Golden Award at this year’s EuroCarBody Conference, held near Frankfurt, Germany, beating nine of Europe’s & Japan’s largest automakers to the prize. Hosted by Automotive Circle International, an organization consisting of top automotive suppliers and manufacturers, the EuroCarBody awards were judged by over 500 attending delegates, including industry experts from across the world. The judges praised the comprehensive engineering and effective development of materials, as well as the production efficiency of the i40 which scored 37.98 out of a maximum 50 points. The closest competitor and second-placed car, the Audi A6, scored 35.86, with the Mercedes B-Class in third place achieving 34.66, giving Hyundai a clear victory. 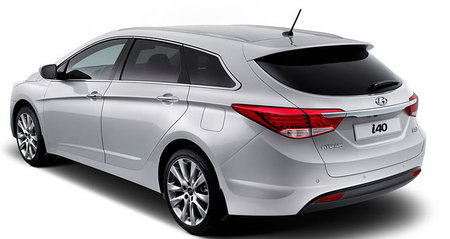