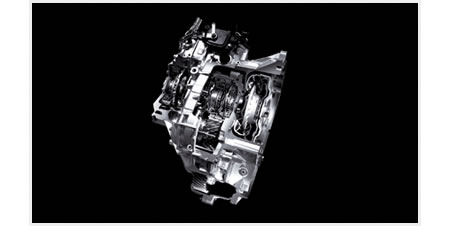 To help meet its goals of improving fuel efficiency and reducing CO2 emissions of its vehicles, Hyundai has completed the development of an all–new 6–speed automatic transaxle that will boost fuel economy by more than 12.2 percent. The newly developed unit also is maintenance–free: The gearbox is not equipped with a dipstick as it is filled with an automatic transmission fluid that is good for the life of the vehicle thereby reducing maintenance costs. Despite the extra gear, it´s 12kg lighter than the 5–speed it replaces. It also is 41mm shorter and considerably simpler having 62 fewer parts, which is a key to increased durability and lower cost.

Designed for transverse engine applications in passenger cars and SUVs, the new compact transaxle puts Hyundai into an elite class of auto manufacturers who have designed their own proprietary 6–speed automatic (after Toyota and a GM/Ford joint venture). The new 6–speed went into production this month (December) and will see its first application in Grandeur/Azera models beginning in January 2009. A total of five variants of the 6–speed transaxle will be produced to accommodate a wide range of gasoline and diesel engines.