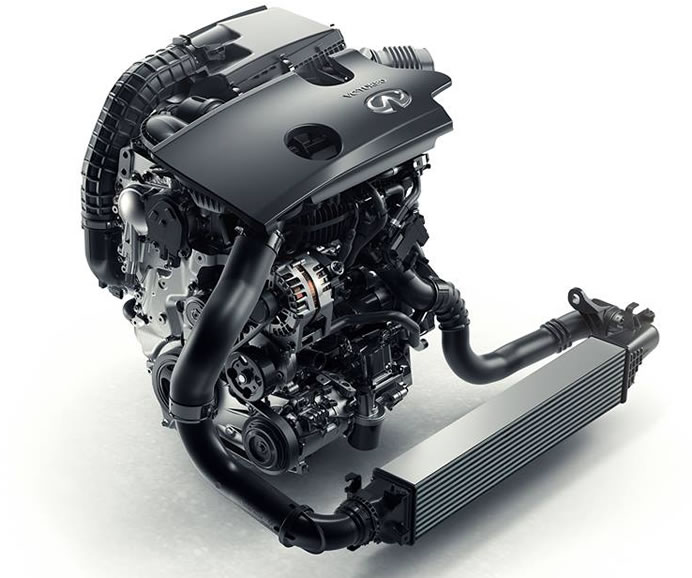 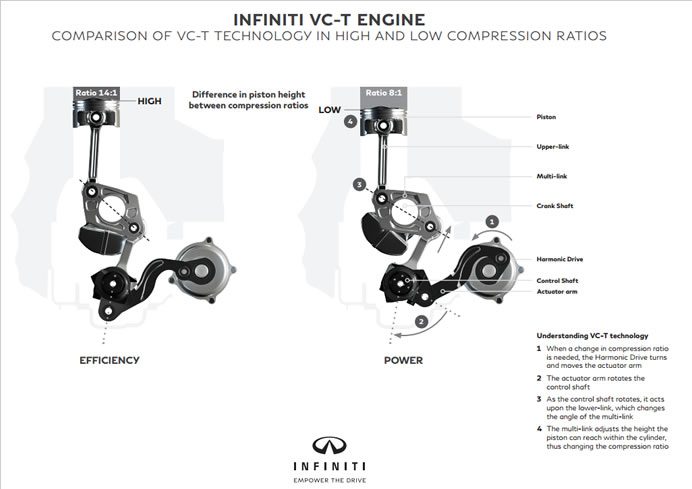 VC-T technology signifies a new chapter in the story of the internal combustion engine – engines are no longer limited by a fixed compression ratio. The ingenuity of VC-T engine technology lies in its ability to transform itself and seamlessly raise or lower the height the pistons reach. As a consequence, the displacement of the engine changes and the compression ratio can vary anywhere between 8:1 (for high performance) and 14:1 (for high efficiency). 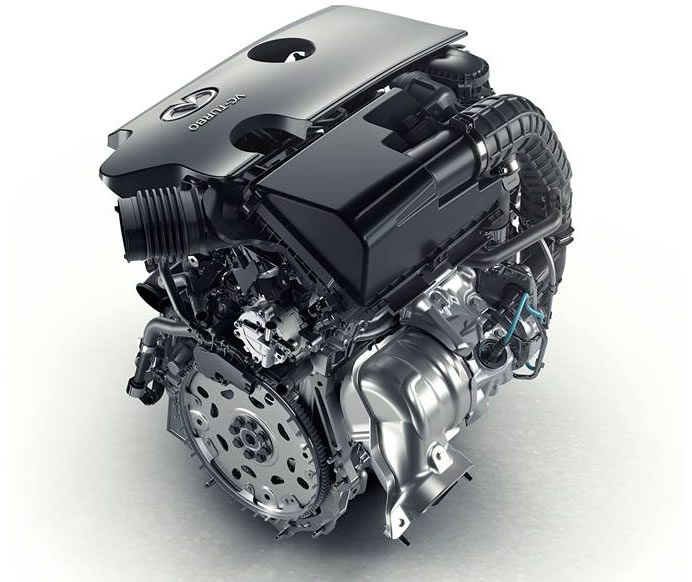 The sophisticated engine control logic automatically applies the optimum ratio, depending on what the driving situation demands. VC-T technology delivers multiple customer benefits including significantly reduced fuel consumption and emissions, greatly reduced noise and vibration levels; it is also lighter and more compact than comparable conventional engines. Infiniti Motor is headquartered in Hong Kong with sales operations in over 50 countries. The Infiniti brand was launched in 1989.