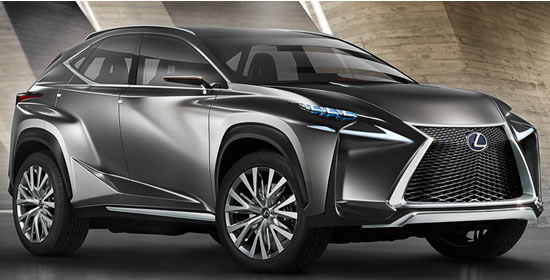 Lexus will display the Lexus LF-NX, a compact crossover SUV concept, at the 65th Frankfurt International Motor Show. The exterior, conveying the unique power of an SUV and evoking the vehicle’s exhilarating drive performance, adopts unique Lexus design elements such as the spindle grille and L-shaped clearance lamps independent from the headlamps. The Lexus LF-NX’s sharp and powerful design is intended to appeal to the next generation of Lexus owners and explores the potential for a compact SUV crossover within the Lexus model range.