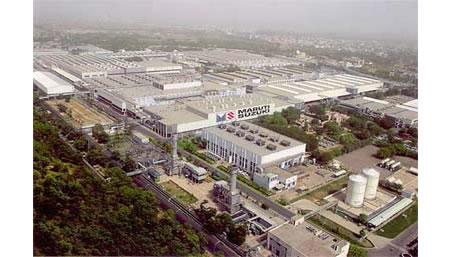 Maruti Suzuki India’s Manesar plant has won a 2007 Nikkei “Monozukuri” Award. The award reflects a high independent evaluation of technological advances and Japanese-style quality control used at the Manesar plant, which is as strategically important to Suzuki as the Kosai and Iwata plants in Japan. Maruti Suzuki India’s Manesar plant produces more than 100,000 vehicles per year for the rapidly growing Indian domestic market and for export to Europe, the Middle East, and Africa. Constructed on a 2,400,000m2 site, it has automatic systems for 70% of its welding processes and 80% of its painting processes. Some of its production facilities are even more advanced than those used at Suzuki plants in Japan, and its personnel take part in seminars on Japanese production techniques in order to maximize quality.

The Nikkei “Monozukuri” Awards are sponsored by Nihon Keizai Shimbun (also known as Nikkei), Japan’s premier publisher of financial, business, and industry news. They are given in recognition of craftsmanship- and technology-related excellence (for example, innovations and production systems that realize exceptional productivity; training programmes that pass on advanced skills; and automation achieved through digitization of skilled tasks.