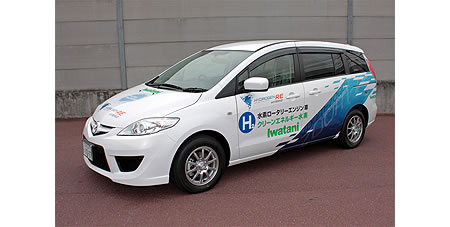 The Premacy Hydrogen RE Hybrid is the second hydrogen rotary engine vehicle to be leased to Iwatani Corporation, following an RX-8 Hydrogen RE that was delivered in March 2006. The new model will be used for business purposes at the company’s offices in Western Japan, before being located at the Japan Hydrogen & Fuel Cell Demonstration Project’s (JHFC) Kansai Airport Hydrogen Station.