Total production of Mazda MX-5 sports car (known as the Mazda Roadster in Japan) reached 900,000 units on February 4, 2011. This significant milestone was achieved 21 years and 10 months after mass production of the first-generation MX-5 commenced in April 1989. The MX-5 was initially certified by Guinness World Records as the world’s Bestselling two-seat sports car when production reached 531,890 units in May 2000. Guinness updated the record when production passed 700,000 and, later, 800,000 units. Using the latest engineering techniques, Mazda developed the MX-5 and announced it in February 1989 as a reminder that driving could still be fun despite ever-stricter safety and quality standards. To this day, the MX-5 remains the longest enduring nameplate in Mazda’s global lineup. 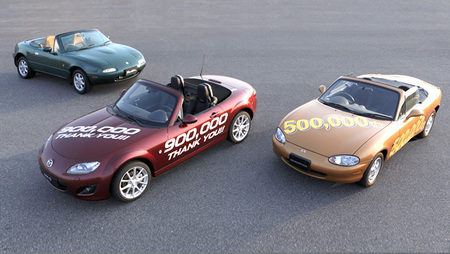 Since Mazda launched the original MX-5, it has undergone two complete product redesigns and a series of upgrades. Its enduring success is due to the strong support it enjoys from MX-5 fans around the world. 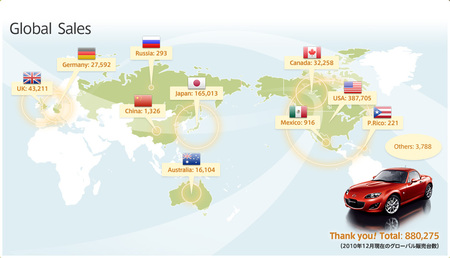