Mazda will showcase the European specification of the all-new Mazda6 (known as the all-new Mazda Atenza in Japan) and Mazda Taiki, the fourth concept car in the Nagare design series, at the 2008 Beijing International Motor Show from Sunday, April 20, through Monday, April 28, 2008. The new Mazda5 Hydrogen RE Hybrid, equipped with Mazda’s hydrogen rotary engine, will be exhibited along with other future environmental and safety technologies to promote Sustainable Zoom-Zoom, Mazda’s long-term vision for technology development. 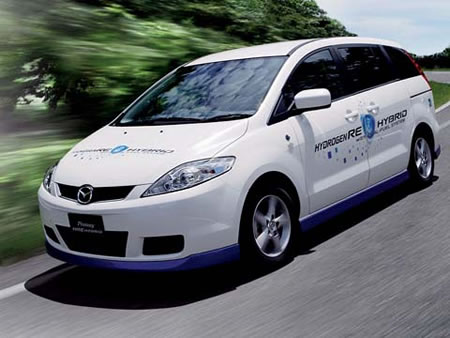 Mazda will also debut the freshened Mazda RX-8 ahead of its introduction to the Chinese market. The Mazda MX-5 (known as the Mazda Roadster in Japan) Power Retractable Hard Top will be shown as a reference model. A total of 16 vehicles from nine model lines will be exhibited on the Mazda stand.

Mazda is committed to working towards a sustainable future that brings continued happiness and excitement to everyone by offering vehicles that “look inviting to drive, are fun to drive, and make you want to drive them again.