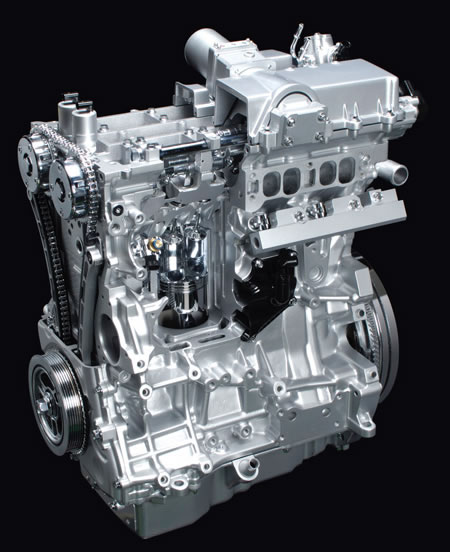 Mazda is setting its sights on reducing the fuel consumption of Mazda vehicles sold globally by an average 30 percent by 2015. This determined commitment will entail a holistic approach which includes using lightweight technologies, the upgrade of almost all of Mazda’s gasoline engines, introducing a Smart Idle Stop System, a new gasoline rotary engine and new diesel engines worldwide. Mazda’s idle stop system, one of a kind in the world restarts the engine from idle by injecting fuel directly into the cylinder and igniting it to force the piston down, enabling a fast and quiet restart as well as an improvement in fuel economy by up to seven-to-eight percent. The next technological milestone for Mazda will be the introduction of the mass production version of its proprietary Smart Idle Stop System into one of its cars in 2009. Mazda aims to have carbon neutral bioplastics ready for use in vehicles by 2013.