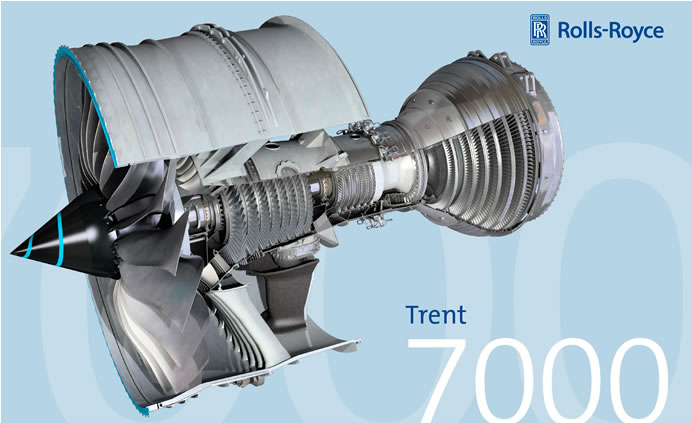 Mitsubishi Heavy Industries Aero Engine, (MHIAEL), has signed agreements to participate in the Trent 7000, a new engine in preparation by Rolls-Royce plc of the UK to power the Airbus A330neo. Under the agreements, MHIAEL will take charge of manufacturing combustion modules and low-pressure turbine blades – core elements of the new engine – as a risk and revenue sharing partner (RRSP). The Trent 7000 is the seventh-generation model of the market-leading Trent family of large engines. The Trent 7000 is the exclusive engine for the A330neo and will deliver the 68,000-72,000 pound (lb) thrust. While carrying on Rolls-Royce unique three-spool structure, the Trent 7000 will be a high-bypass engine incorporating the latest technologies that collectively will enable a 10% improvement in fuel efficiency and 50% noise reduction compared to the existing Trent 700.

The A330neo is to be a derivate model of the A330, Airbus’s best-selling mid-size aircraft garnering orders for more than 1,300 units to date. Building on the robust reliability proved by the A330’s operation record, the A330neo, by re-engine from the existing engine types including the Trent 700 to the high-efficiency Trent 7000, will deliver excellent operating reliability and performance. Plans call for delivery of the first unit and the start of commercial flights as early as the second half of 2017.