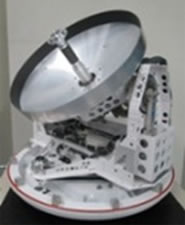 Mitsubishi Electric announced today that it has delivered the world’s first helicopter satellite communication system (HSA40) to Japan’s Fire and Disaster Management Agency (FDMA). The HSA40 helicopter satellite communication system will begin operating in early April after airborne station is installed in helicopter of the Kyoto City Fire Department and base stations are installed in facilities both at the Kyoto City Fire Department in Kyoto and FDMA in Tokyo. Currently, information is gathered with the so-called Heli-TV system, which transmits TV signals directly from a helicopter to a relay station on the ground. The conventional system can be prone to transmission disruptions due to mountains or buildings, and in many cases requires an operating relay station in the proximity of the disaster area. 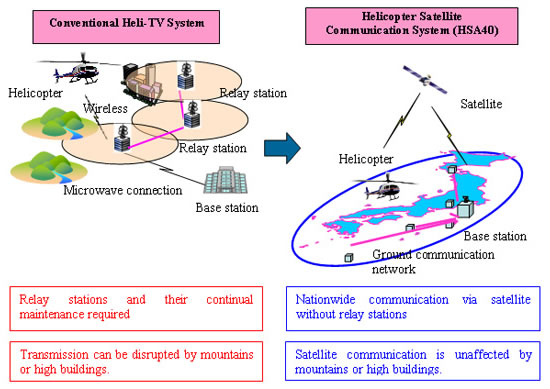 Mitsubishi Electric’s HSA40 helicopter satellite communication system transmits video and voice data from the helicopter to a satellite, enabling real-time information such as aerial video to be transmitted reliably to base stations from anywhere in Japan.The system is expected to be used to gather information on disaster areas to support the rapid deployment of emergency-response measures.