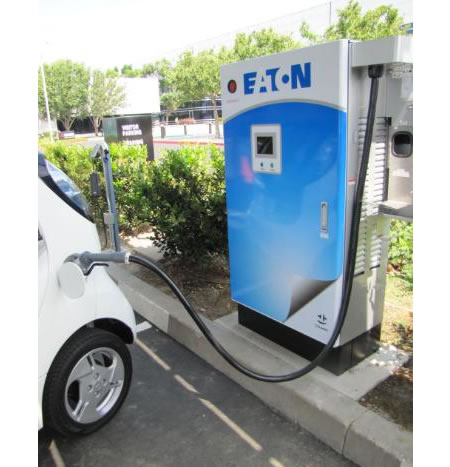 Able to charge up to four vehicles at once, the station features three types of chargers with different voltages: standard level 1 voltage (110v) will deliver a 100 percent charge in 22 hours on the new Mitsubishi i; level 2 (220v) which can charge the vehicle in six hours; and level 3 CHAdeMO Quick Charger, which can charge to 80 percent battery capacity in 25 minutes.