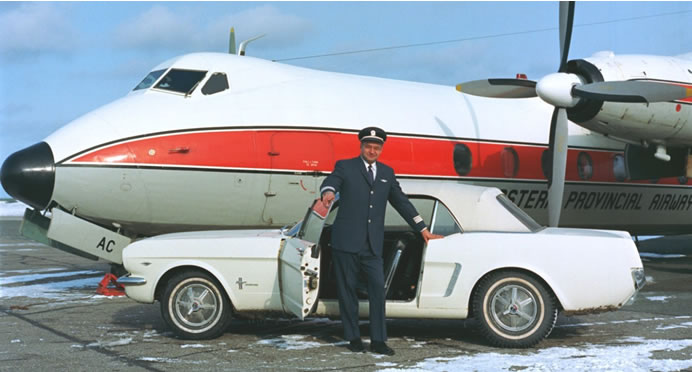 The only options for the 50 Year Limited Edition are the two available colors – Wimbledon White, like Mustang serial No. 0001 that was first sold to Capt. Stanley Tucker in April 1964, or Kona Blue and a six-speed manual or automatic transmission. The Mustang 50 Year Limited Edition will be the only 2015 model with the large faux gas cap badge on the rear fascia, with 50 Years added to the GT designation.

Chrome bezels surrounding the base of each of the three taillamp blades take inspiration from the original 1962 design proposal by Gale Halderman that became the basis for the production model that debuted in 1964. The three individual lamps on each side of that design were combined into a single tri-bar lamp cluster for production, but the original concept has returned five decades on. 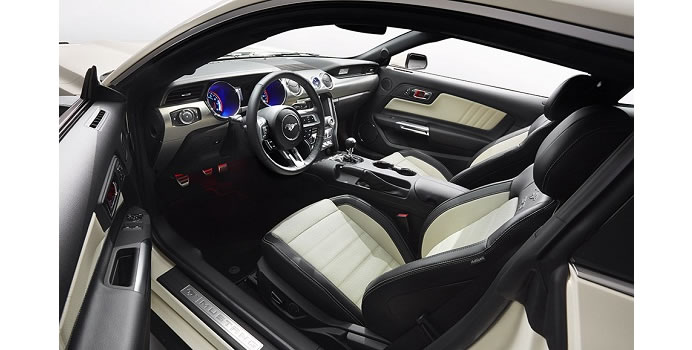 The aluminum trim panel that spans the double-brow instrument panel gets an axel spin finish different from other 2015 Mustangs, plus a special serialized 50 Year Limited Edition badge on the passenger side. Each badge will be individually etched at Flat Rock Assembly Plant where Mustang is built.

The limited-edition is the only 2015 Mustang with a cashmere-stitched, leather-wrapped steering wheel. The stitching is also used on the instrument panel, shifter boot, center armrest, door inserts and seats. The seats feature exclusive two-tone cashmere and black leather upholstery, and the Mustang 50 Year logo on the seat backs. Limited-edition cars will be equipped with loop-carpet floor mats with cashmere stitching and suede binding not available on other Mustangs. 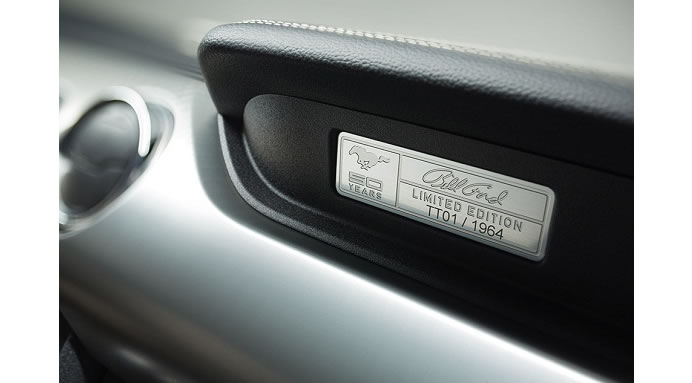