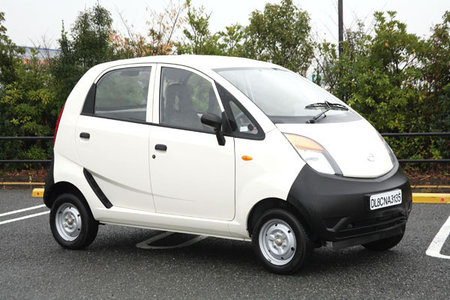 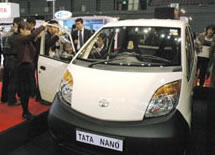 Indian automaker Tata Motors ultralow-priced car -Nano made its first public appearance in Japan on Friday, becoming the talk of the second Fukuoka Motor Show, organizers of the event said. Numerous visitors on the show’s opening day flocked around the car. The Nano hit the Indian market this summer carrying an unprecedented sticker price of just about ¥220,000 ($2487/-). In comparison, the lowest-priced cars in Japan cost around ¥600,000 ($6783). Also on display at the Fukuoka Convention Center and two other venues are state-of-the-art environmentally friendly vehicles, a product category the world’s carmakers are competing fiercely in because of its growth potential.

In total, 173 vehicles, including concept cars by Toyota Motor Corp. and three other Japanese companies as well as 15 European and non-Japanese brands, are being exhibited.