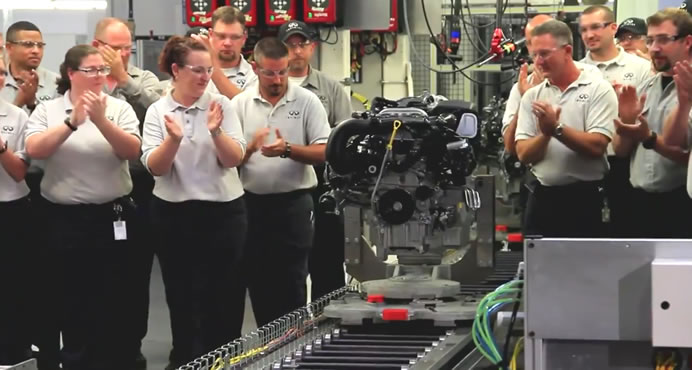 Infiniti today began assembly at the Infiniti Decherd Powertrain Plant, collaboration between the Renault-Nissan Alliance and Daimler AG. The first engine to be assembled at the all-new facility is a 2.0-liter turbocharged gasoline 4-cylinder developed by Daimler. The engines will initially be used in European versions of the Infiniti Q50 sports sedan and the Mercedes-Benz C-Class assembled in Tuscaloosa, Alabama. 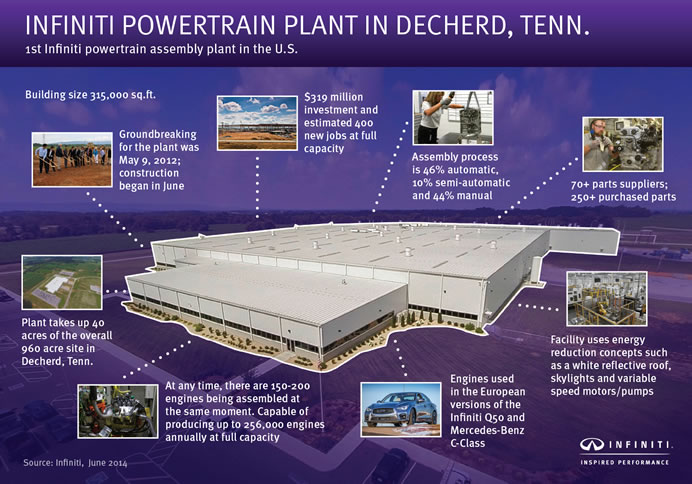 Around 200 new jobs have been added to date, with that number expected to increase to 400 once the plant ramps up to its full 250,000 engine annual capacity. Construction of the ground-up $319 million, 310,000-square foot facility began in May 2012. It incorporates a number of energy efficient design features, such as a heat-reflecting white roof and natural daytime lighting through use of a skylight grid. 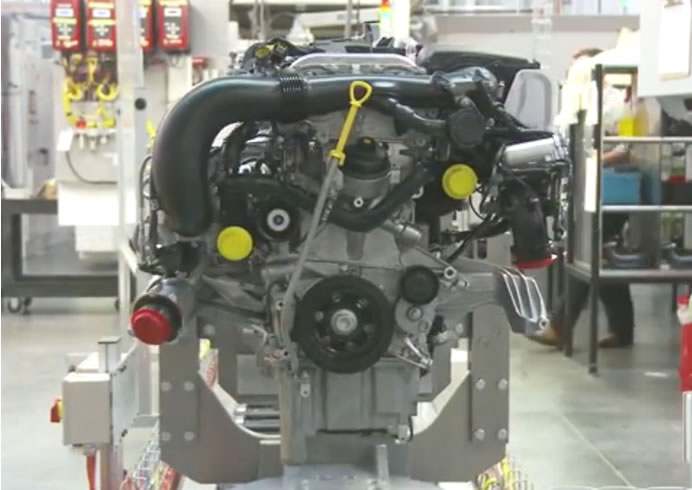