Nissan has developed a new electric motor that will reduce the use of dysprosium (Dy), a rare earth element (REE), by 40 percent compared to conventional EV motors. The new, more environmentally-friendly motor will power an updated version of the Nissan LEAF electric vehicle that will be released in Japan today. Using a neodymium-based (NdFeB) magnet, motors used in electric vehicles need to be compact in size with high performance. Dysprosium is added to neodymium magnet’s to strengthen heat resistance. In conventional electric motors, dysprosium is uniformly added to the neodymium magnet, but the new motor –- developed in a joint effort with Nissan’s suppliers –- features a breakthrough grain boundary diffusion process.

Instead of uniformly adding the dysprosium to the magnets, the new process distributes dysprosium around each crystal grain’s boundary, which improves the magnet’s heat resistance while maintaining high performance levels. The result of this process is a 40-percent reduction in dysprosium use while still keeping heat-resistance levels comparable with conventional electric motors. Dysprosium is a very rare element and its occurrence is geographically limited. As the demand for electric vehicles and home appliances grows, so too will the demand for dysprosium. 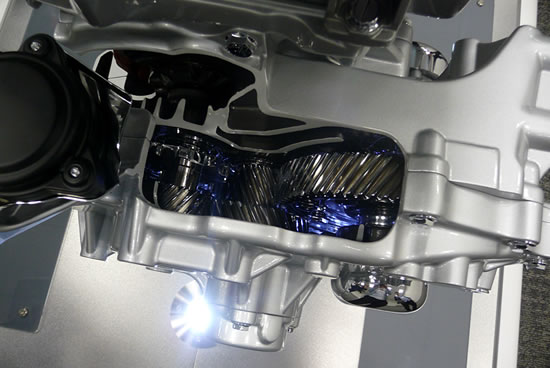