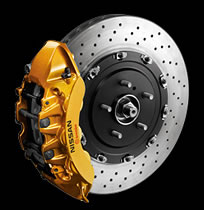 Nissan today announced the launch of the 2013 model year Nissan GT-R, which goes on sale in Japan on November 19 at Nissan dealers nationwide. The 2013 model year Nissan GT-R features enhancements throughout the vehicle for increased performance, improved ride and handling, and greater customization. The 2013 GT-R received evolutionary design and engineering enhancements based on feedback acquired from competing in the 24-Hours of Nürburgring race earlier this year. Notable modifications include improved engine response in both the mid- and upper-rpm rev range, increased body rigidity, and specification changes to the shock absorbers, springs and front stabilizer.

As a result, the vehicle’s overall performance is dramatically increased, high-speed stability improved and ride quality is more refined. Additionally, a Premium Edition version will be offered that features rich Semi-Aniline leather and custom-colored interior as fashonable interior package, further enhancing the sense of quality within the cabin. The 2013 GT-R model will also be available in North America, Europe, and then subsequently to other regions from January 2013 onwards.