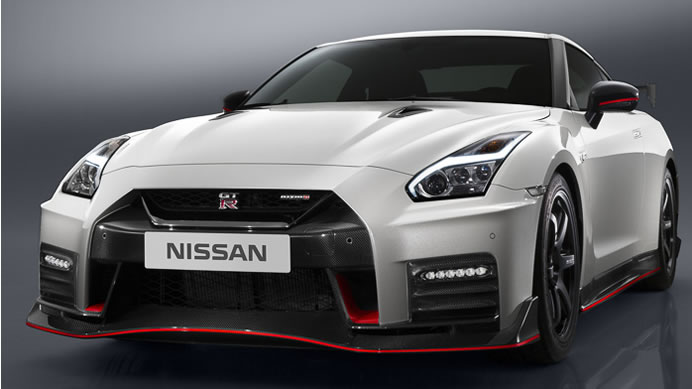 Nissan announces the launch of the 2017 Nissan GT-R NISMO

The Nissan GT-R NISMO features exclusive styling that embraces the longstanding racing philosophy of form following function. It incorporates numerous motorsports-inspired technologies to enhance the car’s performance, including optimized aerodynamics and specially tuned suspension and powertrain, creating a well-balanced machine that excels on both the road and track. 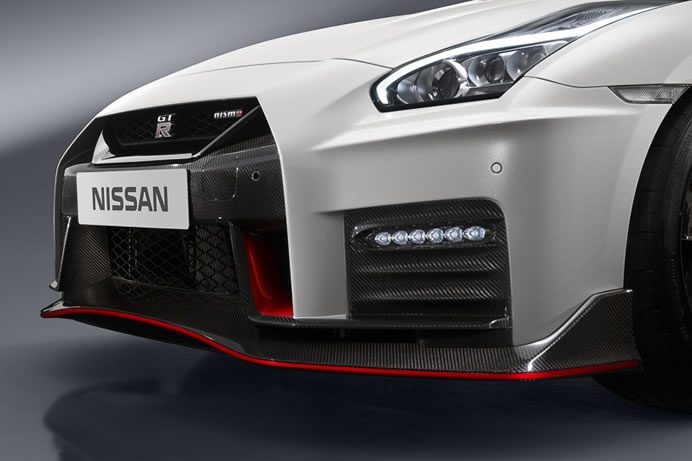 The new GT-R NISMO’s front end features a freshened face highlighted by a new bumper. But unlike the standard model, the front bumpers of the GT-R NISMO are made of carbon fiber, crafted with Takumi-like precision where layers of carbon-fiber sheets are carefully overlapped to achieve the ideal amount of stiffness. The canards have been designed to improve airflow around the vehicle.

To help cool the car’s high-output engine, the dark chrome V-motion grille, with an updated mesh pattern, representing one of Nissan’s latest design signatures – has been enlarged to provide better engine cooling, while the bumper sides were optimally reshaped to retain the car’s air drag and downforce. A new, significantly reinforced hood avoids deformation at extremely high speeds, allowing it to keep its aerodynamic shape at all times. 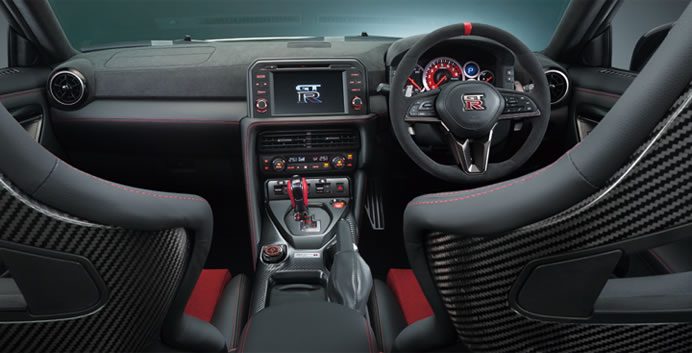 The shape of the dashboard of new GT-R NISMO adopts a “horizontal flow” that delivers a sense of increased stability for the car’s front-seat occupants, while the line from the instrument cluster to the center console provides a distinct driver-oriented environment for those behind the steering wheel. The enlarged 8-inch touch-panel monitor features large icons on the display screen making it simple to use, while a new Display Command control located on the carbon-fiber center console allows easy operation without having to touch the monitor. The shift paddles are now mounted to the new steering wheel, allowing drivers to change gears mid-turn without having to take their hands off the wheel. 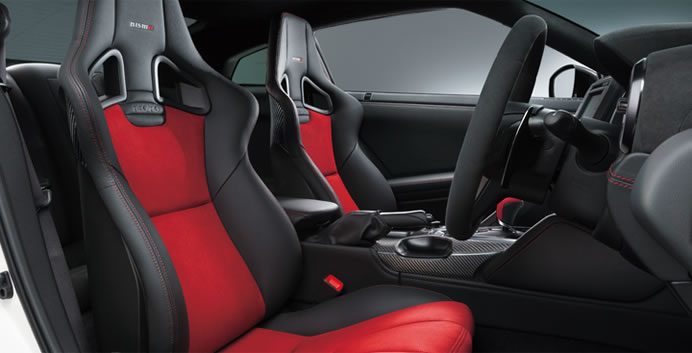 The GT-R’s special Bilstein DampTronic driver-adjustable system features special NISMO-tuned shock absorbers that effectively helps transfers the power of the twin-turbocharged 3.8-liter V6, to the road surface. Dubbed the VR38DETT, the Nissan GT-R NISMO’s engine, which produces a remarkable 441kW (600PS) is the result of the expertise that NISMO has gained from participating in motorsports events around the globe. Mated to a 6-speed dual-clutch gearbox, it features a pair of high-flow, large diameter turbochargers used in GT3 competition.Each GT-R NISMO engine is hand-assembled from beginning to end in a special clean room by meticulously trained technicians, with an aluminum plate added to the front of each engine showing the name of the Takumi engine craftsman. 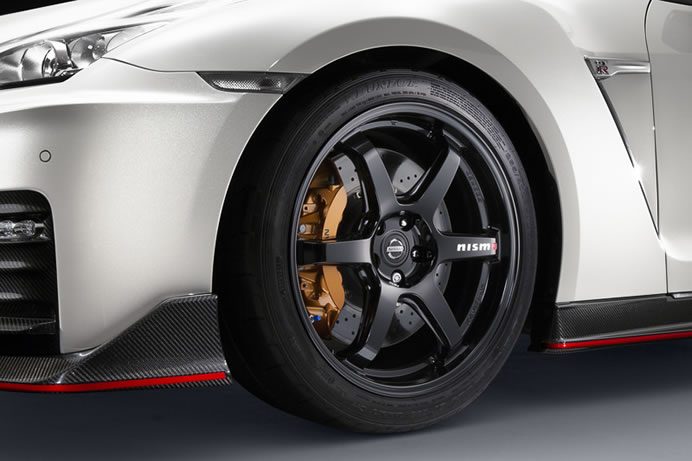 NISMO, a short form of NISsan MOtorsports, is the performance brand for Nissan, and is one of the company’s purveyors of innovation that excites. NISMO offers products featuring innovative technology and high performance to a wide range of customers for street use. In the motorsports world, NISMO competes in the highest forms of GT and sports car racing, such as Japan’s Super GT Series as well as providing engines to teams that compete in the 24 Hours of Le Mans and the European Le Mans Series (ELMS).