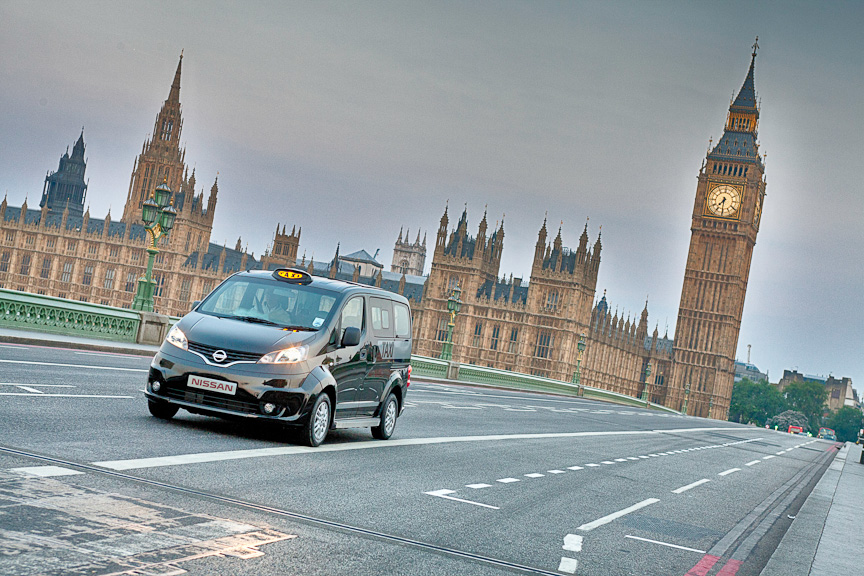 Nissan has unveiled a bold new vision for the future of the London ‘black cab’ and its 300,000 daily users – the Nissan NV200 London Taxi. The NV200 London Taxi will offer significantly reduced CO2 outputs compared to current taxi models – a focus in line with the Mayor Boris Johnson’s Air Quality strategy for London. Taxi versions of the NV200 have already been unveiled in Tokyo and it has also been chosen as the exclusive New York City ‘Taxi of tomorrow’. The NV200 London Taxi joins an exciting global Nissan vision for the private hire industry. 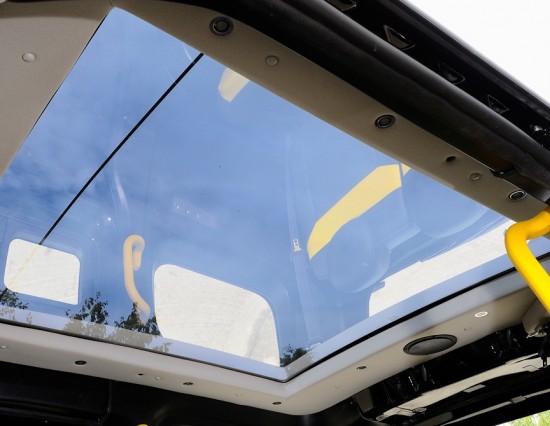 Designed from the inside out for the well-being of passengers, drivers and even other road users, the NV200 London Taxi is more efficient and more environmentally considerate than current ‘black cab’ models, while delivering more comfort, space and convenience for occupants. A particular focus was also placed on providing for passengers with mobility issues. 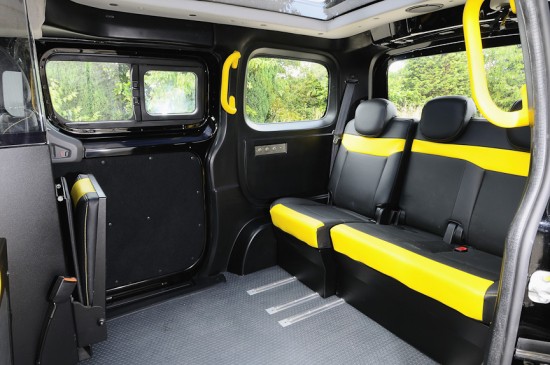 The Nissan NV200 London Taxi comfortably seats five adults – three on a rear bench with two on rear-facing, fold-down seats. The front passenger seat has been removed to create space for luggage. A stand-out feature is the taxi’s sliding passenger doors, which were developed for easy open and close. They are also much safer for pedestrians, cyclists and other vehicles because they do not swing out to create a potential obstruction. 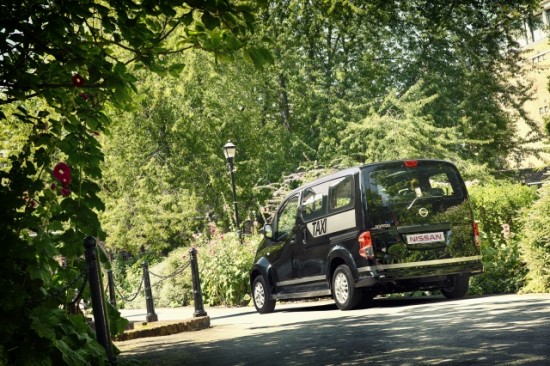 With a focus on improving air quality in the city, the NV200 London Taxi’s Euro V engine only emits up to 139g/km of CO2, compared with 209g/km from the greenest TX4 model. As a relevant simulation, if all of London’s licensed taxis were replaced with the NV200 London Taxi, there would be a CO2 reduction across London of 37,970 metric tons each year – the equivalent of planting 10,000 acres, or two Congestion Charge zones, of trees every 12 months.