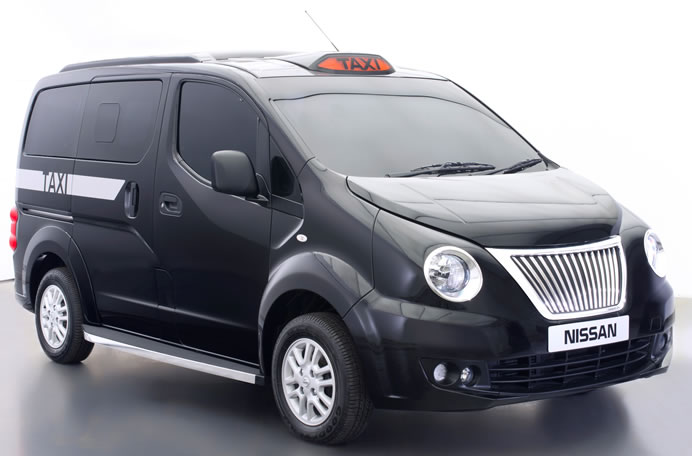 Nissan unveils new face of its Taxi for London

Nissan today unveiled the new face of its Taxi for London, re-designed to make it instantly recognizable as one of the capital’s iconic black cabs.After response to feedback from the London Mayor’s office, Transport for London and other key organizations, Nissan redesigned the vehicle. Nissan Design Europe in Paddington, the same design center responsible for the Qashqai and Juke, developed the new taxi for launch in December 2014 with a 1.6-litre gas engine equipped with an automatic gearbox.

Based on the same multi-purpose platform as the NV200, the vehicle was first unveiled in August 2012. A zero-emission electric version of the NV200 taxi will be available in 2015. The NV200 cab for London is part of Nissan’s global taxi program, also encompassing New York, Barcelona and Tokyo.