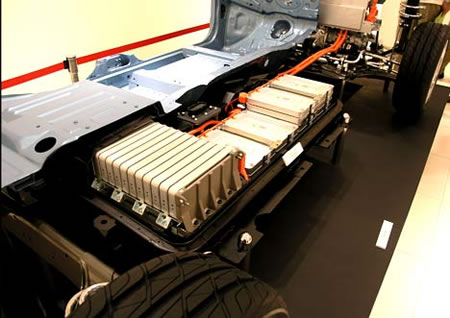 Nissan and Sumitomo today announced joint plans to initiate a business venture to Reuse, Resell, Refabricate and Recycle lithium-ion batteries previously used in electric cars, giving them a second-life as energy-storage solutions in markets worldwide. Nissan has committed to bringing electric vehicles to the mass market by fiscal year 2012. As consumers increasingly choose zero-emission cars, demand for second-life batteries is expected to grow as the supply of reusable batteries from electric cars rises. Even after the end of normal vehicle life, the high-performance lithium-ion batteries used by Nissan will retain 70 to 80 percent of residual capacity and can be reused and resold to various industries as a solution to energy-storage.

Today there is no existing supply of large-capacity reusable batteries, but by 2020 in Japan, the demand for second-life batteries is expected to reach the equivalent of 50,000 electric-cars per year at the minimum, as demand grows for an increasing range of energy-storage solutions. Today’s announcement commits both companies to a joint feasibility study to establish a framework for a new joint-venture company, which is expected to be operational by late 2010, in Japan and the United States. In Europe, Nissan will proceed to explore the 4R business model with its Alliance partner, Renault.