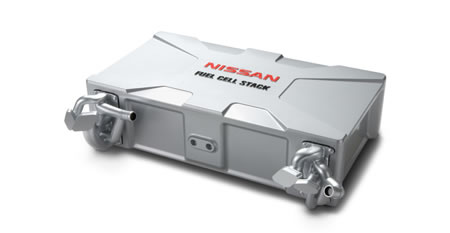 The next generation fuel cell stack is amongst a range of eco-friendly technologies being pursued by Nissan under its Nissan Green Program 2010, aimed at developing new technologies, products and services that can lead to real-world reductions in vehicle CO2 emissions, cleaner emissions, and recycling of resources.