Nissan today announced the launch of the all-new Nissan Elgrand, Nissan’s premier luxury minivan. First introduced in 1997 and followed by the second generation in 2002, Elgrand has been highly praised by customers for its comfort, styling and driving performance. It has been dubbed the King of Minivans. In line with its longstanding reputation for excellence, the new-generation Elgrand imparts a strong luxury presence and welcoming sense of hospitality and comfort for driver and passengers alike. 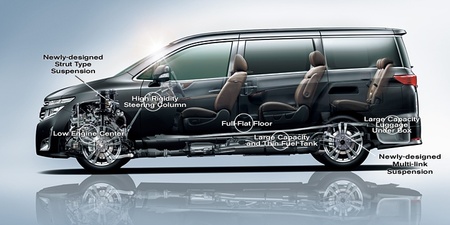 In addition to comfort, the new Nissan Elgrand offers class-leading fuel efficiency and dynamic performance. Every grade achieve, SU-LEV certification, emitting 75% fewer exhaust emissions than 2005 standards. This qualifies the vehicle for the tax exemption for environmentally friendly vehicles, which covers all 4WD and part of the 2WD grade of the 3.5-liter model for the 50% reduction on acquisition and weight tax for new vehicles in Japan. All 2.5-liter models will receive a 75% reduction in Japan. The new Nissan Elgrand goes on sale on August 18th at Nissan dealers in Japan. 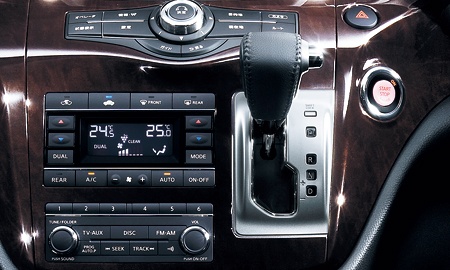