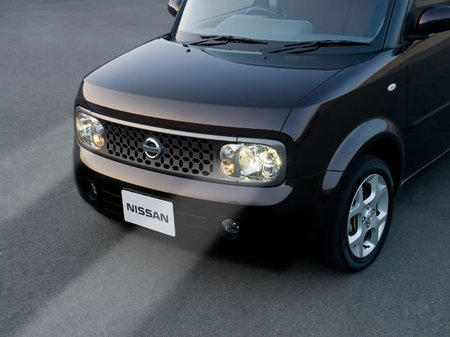 Nissan has developed a new automatic headlight system that turns on about 30-40 minutes earlier than the existing automatic headlights at twilight and does not turn on in the shadows of a tree or a building. In order to turn on the headlights earlier than the existing systems at twilight, Nissan increased the sensitivity of the illumination sensors by dozens of times and revised the control logic that determines the surrounding environment. According to Nissan’s data about the fatality and serious injury rates by time of day, accidents most frequently occur in the time zone ending approximately one hour before the sunset. The new system is designed to reduce the accident rate during this accident-prone time zone by automatically turning on the lights to warn other vehicles. 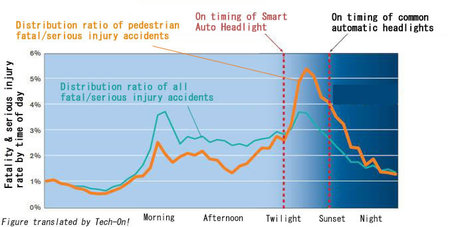 Aiming to reduce the number of car accidents, Nissan plans to commercialize the new headlight system within 2008. The automatic headlights equipped in existing Nissan models will be replaced by the new system, the Smart Auto Headlight. The new system also has a function to turn on headlights in concert with the operation of the wipers.