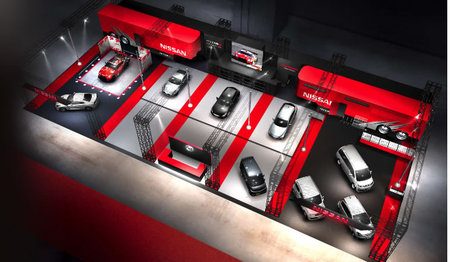 Nissan together with Autech Japan and Nissan Motorsports International will present 9 exciting models equipped with the latest custom and after-market parts in the upcoming Tokyo Auto Salon 2010 to be held from January 15-17, 2010 at Makuhari Messe. Nissan will showcase its transporter and hospitality cars used during it’s participation in the domestic racing series, recreating the exciting atmosphere of the race circuit. Included in this display is Nissan’s range of standard road cars stylized with the latest genuine aero body-kits that compliments the vehicles pure form.

Autech will show its expertise in custom cars with its fun and relaxing Rider Series while Nismo will be presenting its Nismo Club Sports Package Custom, the 2010 Nissan GT-R equipped with the newly-developed Nismo Data Logger Kit and the XANAVI NISMO GT-R racecar that competed in the 2008 SUPER GT series.