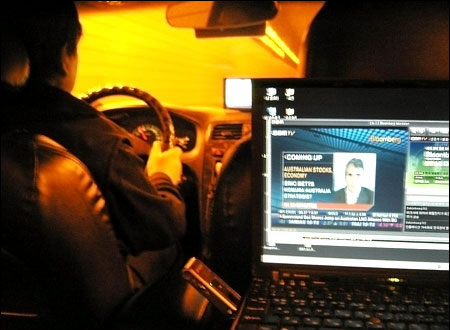 No city can match the speed and the coverage of WiMax networks of Seoul!

Koreans have very high expectations on the quality and the speed of telecommunication systems, whether they are mobile phones or broadband Internet lines or a mobile TV. This standard is being raised even higher this year with the introduction of Mobile WiMax (WiBro) network in major cities like Seoul. Few places in the world, such as Philadelphia and Anaheim, have city-wide wireless networks, but none of them can match the speed and the coverage of WiMax networks of Seoul, a mega city where more than 10 million people live and work. 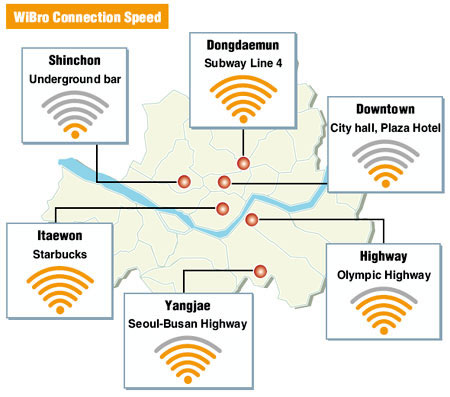 While in Seoul, best place to experience the full capacity of the Mobile WiMax is the road. WiMax users can stay online while traveling at 100 kilometers per hour on the highway, from Seoul to Bundang or to Incheon International Airport. The subscription fee for unlimited use is 19,800 won ($21) per month, including a free USB modem, compared to around 10,000 won ($10) for ADSL speed connections to around 30,000 won ($32) for optical fiber lines.