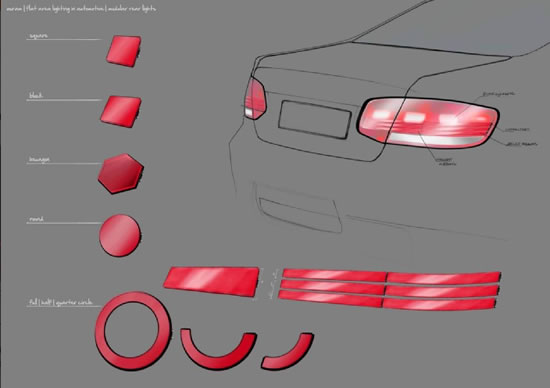 Osram has taken a major step toward organic light-emitting diodes (OLEDs) that are suitable for automotive applications. For the first time Osram has developed an OLED that proved capable of withstanding temperatures of up to 85 degrees Celsius for several hundred hours in a laboratory long-term test. Temperature stability is the biggest challenge when it comes to making these innovative surface area light sources suitable for use in cars. Light is becoming an increasingly important factor for automotive design. While, up until a few years ago, manufacturers stressed the importance of a car’s shape more than anything, these days almost every make has its own distinctive light face – brought about by the aid of light diodes (LEDs). Already, every second new car is equipped with Osram LEDs.

With its record-breaking OLED, Osram has outdone the temperature resistance by a factor of a hundred. A further tenfold increase will make the first applications in automobiles viable. The current development is targeted in such a direction as anticipates this increase within the next few years. As cars are developed several years in advance, OLED elements may therefore be included in plans for the next automotive generations.