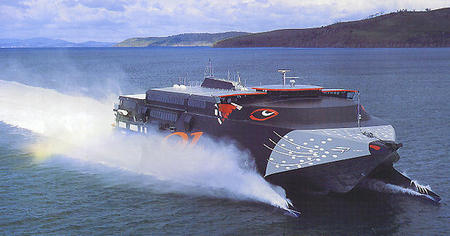 IHI Marine United, a subsidiary of heavy machinery maker IHI Corp, Japan is developing a plug-in ship powered by lithium-ion batteries. Its Zero Emission Electric Propulsion Ship will use batteries that can be recharged at charging stations in ports it visits. The plug-in ship powered by lithium-ion batteries would run without a diesel engine, thus cutting its carbon dioxide or nitrogen oxide emissions to zero. The design prototype of the Plug-in 30-meter passenger ferry will be able to carry 800 people.

The maximum output required for the plug-in ship batteries would be 200 to 300 times greater than needed for electric cars. The designers hope the ship will be able to travel 80 kilometers per battery charge, sufficient for short journeys only. The target date for a commercial vessel is 2015, by which time low-cost lithium-ion batteries are expected to be available.