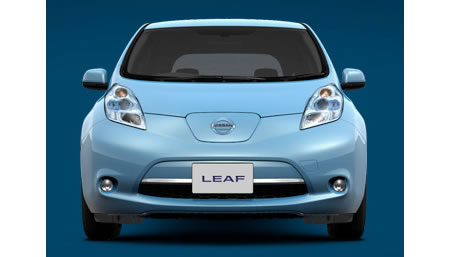 Nissan has started production at its Oppama facility for the all-new 100% electric, zero-emission Nissan LEAF, which is slated to go on sale in December in Japan and the United States, and from early 2011, in select markets in Europe. In November, the company will begin exports to the United States, followed by shipments to Europe in December. Nissan LEAF will be produced at the Oppama Plant along with popular gasoline models such as Nissan Juke and Nissan Cube. Part of the assembly line has been modified to mount battery modules at the stage of production where fuel tanks are traditionally installed, and motors and inverters are mounted at the point where engines are installed in gasoline-powered vehicles.

Nissan LEAF’s lithium-ion battery module which contains 4 battery cells is assembled at Zama and then shipped to the Nissan Oppama facility, where 48 of them are assembled into the electric car’s battery pack. The Oppama plant has an annual production capacity of 50,000 units. Nissan LEAF is the first 100% electric, zero-emission vehicle to be produced for the Renault-Nissan Alliance.