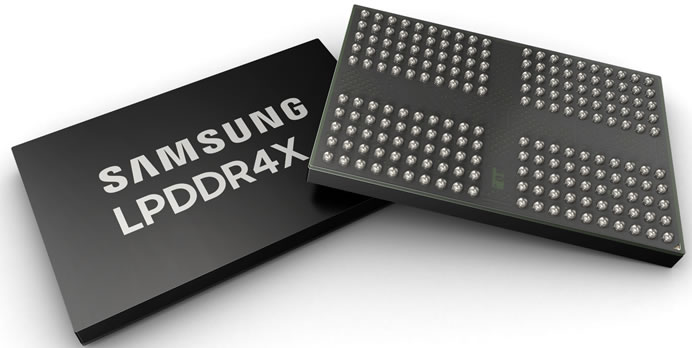 Moving a step beyond its 20nm-class ‘Automotive Grade 2’ DRAM, which can withstand temperatures from -40°C to 105°C, Samsung’s 16Gb LPDDR4X is Automotive Grade -compliant, raising the high-end threshold to 125°C. Even in environments with extremely high temperatures of up to 125°C, its data processing speed comes in at 4,266 megabits per second (Mbps), a 14 percent increase from the 8Gb LPDDR4 DRAM that is based on 20nm process technology, and the new memory also registers a 30 percent increase in power efficiency.

By more than satisfying the rigorous on-system thermal cycling tests of global auto manufacturers, the 16Gb LPDDR4X has enhanced its reliability for a wide variety of automotive applications in many of the world’s most challenging environments. While extending its 10nm-class DRAM offerings, Samsung plans on bolstering technology partnerships for automotive solutions that include vision ADAS (Advanced Driver Assistance Systems), autonomous driving, infotainment systems and gateways.