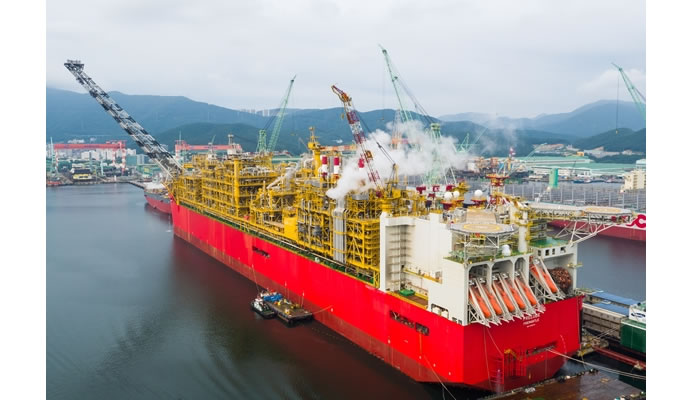 Samsung Heavy Industries has succeeded in completing the world’s largest floating liquefied natural gas -Prelude FLNG.Prelude is some 50 per cent longer than and six times the weight of the world’s largest aircraft carrier. Samsung Heavy Industries has completed the building of Prelude FLNG commissioned by Royal Dutch Shell in its Geoje shipyard for the past five years. Prelude FLNG is the first of a revolutionary line of projects planned by Shell to unlock stranded gas resources previously considered too remote to support development by conventional land-based LNG plants. The vessel has been designed to withstand once-in-10,000 year ‘category five’ cyclone.

The FLNG vessels house all the processing infrastructure normally required to turn natural gas into a liquid, eliminating the need for pipelines and potentially allowing for their relocation to other smaller stranded gas fields. The Prelude FLNG will require around 120,000 tones of ballast — the equivalent of a fully-loaded aircraft carrier — to keep it stable. Samsung had won the Prelude FLNG project in June 2011 at the cost of US$3.4 billion by forming a consortium with France’s engineering firm Technip. 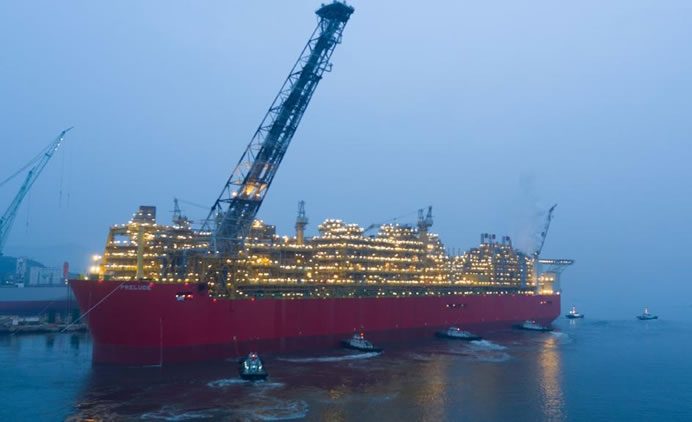 The system will be installed in the Prelude and Concerto gas fields in the Browse LNG Basin, 200 kilometers off the coast of Australia. For the next 25 years, the system is expected to produce 3.6 million tons of LNG, 1.3 million tons of natural-gas condensate, and 400,000 tons of liquefied natural gas a year. Upon its arrival the vessel will be connected to 17 kilometers of chains attached to 16 massive piles driven into the Browse Basin seabed. Each link of chain is itself a meter long and weighs a tone.
Source:-