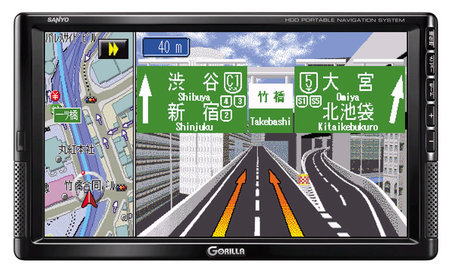 Sanyo Chideji Gorilla (NV-HD880FT) is the world’s first portable HDD car navigation system that is equipped with a built-in tuner for terrestrial digital media broadcasting (T-DMB) (12 + 1 segments). The monitor of the Sanyo navigation system NV-HD880FT is as large as 8 inches, and its resolution is QVGA (480 × 234 dots). The hard disk’s capacity is 30 Gbytes. It is equipped with a built-in FM multiplex VICS, which displays traffic jam information, in addition to a USB port. Secondary batteries cannot be used in the Chideji Gorilla, but, with a Li-ion battery pack sold separately (NVP-DP4), the car navigation system can be used outside the car. Also, it is accompanied by a home electrical power cable. 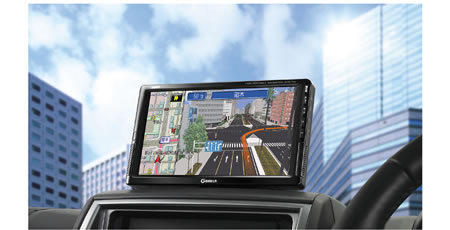 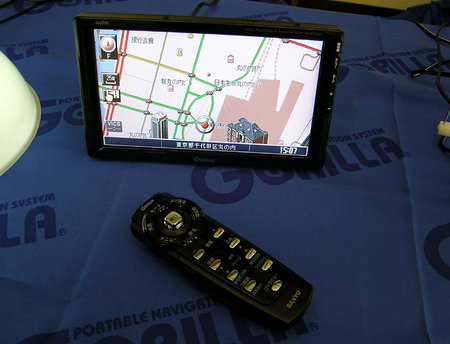