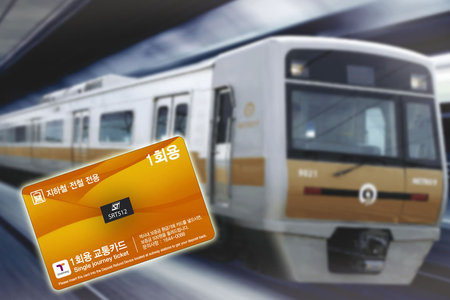 The world’s first RFID-based scheme for single-journey reusable ticketing in mass transportation has recently gone live in Seoul, South Korea, and is expected to save some 3 billion Won (over US$2.4 million) per year using a robust solution based on RFID technology from STMicroelectronics. In the new system, automated vending machines issue the Single Journey Ticket in exchange for each passenger’s payment plus a 500 Won deposit for the ticket. Each ticket contains ST’s SRT512 contactless memory chip, which has features that allow the cards to be returned and re-issued to new passengers. This recycling of the tickets will save the cost and environmental impact of generating hundreds of millions of disposable paper tickets.

The New Transportation system introduced a refillable traffic-card system called T-Money, alongside conventional paper tickets for cash-paying passengers. Now, to save the cost of provisioning more than 450 million printed paper tickets every year, estimated at 6.8 Won each, the Seoul Subway is replacing its paper tickets with RFID smart cards called Single Journey Tickets.