Travelers on the Yamagata Shinkansen Line in Japan will be able to soak their tired tootsies starting this summer, without even getting off the bullet train. The rail operator East Japan Railway will introduce in July an excursion train equipped with footbaths on the high-speed service between Fukushima, capital of Fukushima Prefecture, and Shinjo, Yamagata Prefecture–roughly a two-hour journey.

The six-car train named Toreiyu will feature a car with two footbath tubs, a lounge car with a bar counter, a standard seat car, and three tatami-matted passenger cars. Yu means bath in Japanese. The train has been redesigned from the E3-series Shinkansen, which is being phased out from the Akita Shinkansen Line, and can carry up to 143 passengers. 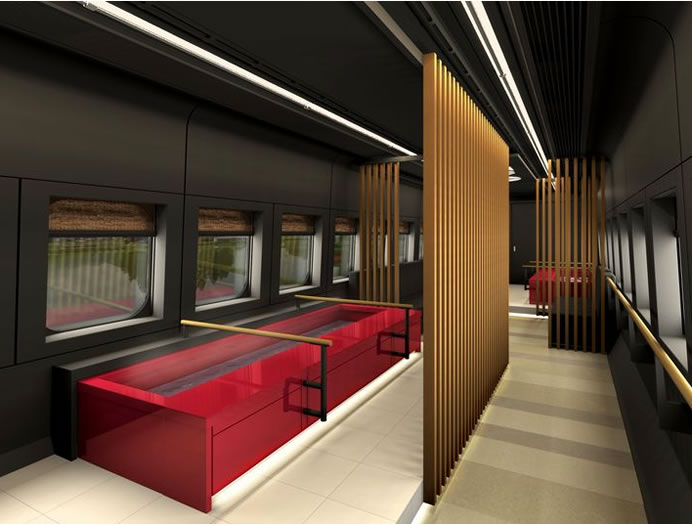 Each footbath can be used by four people at a time. As the tubs are built on a raised stone platform, passengers can easily enjoy the scenery outside the windows. 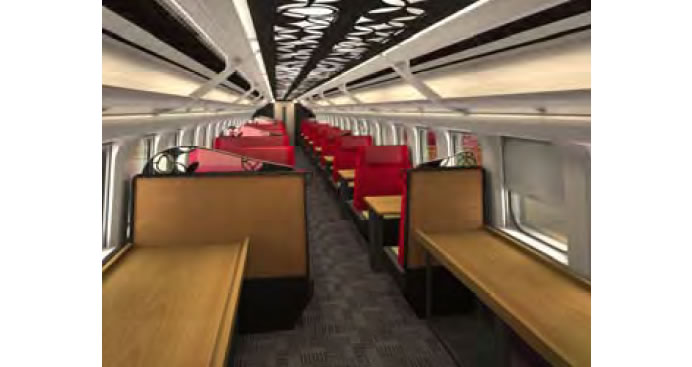 The ceiling and the back of the passenger seats will be decorated with reliefs of cherries, a specialty of Yamagata Prefecture. The Toreiyu train will run for 120 days annually, mainly on holidays and weekends. Prior reservation is a must.