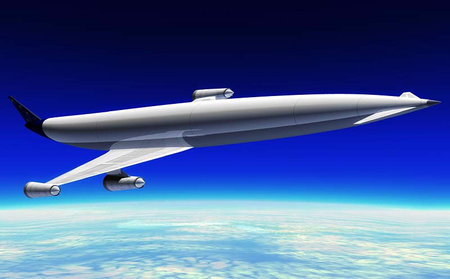 Son of Concorde hypersonic airliner can carry 300 passengers at five times the speed of sound!

Flying at more than twice the speed of Concorde and five times the speed of sound, this hypersonic airliner is set to be the future of modern air travel. The revolutionary aircraft with a top speed of 3,400mph aims to fly between London (or Brussels) and Sydney in under five hours. Billed as the “Son of Concorde”, the commercial plane is designed to carry 300 passengers and will reach speeds of Mach 5 – five times the speed of sound. Its hi-tech liquid hydrogen-powered engines will also produce few carbon emissions, making air travel much greener. Alan Bond, a senior engineer in the project, partly funded by the European Space Agency and the European Union, yesterday described the aircraft as “unique”. The ground-breaking aircraft – known as the A2 – is the work of British engineers at Reaction Engines Limited in Oxfordshire. Mr. Bond, managing director of Reaction Engines Ltd, said that from a standing start and with the requisite political will, the plane could be flying commercially within 15 years. 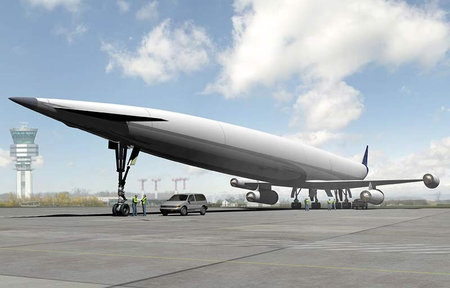 At 433ft long (132m), the A2 is half the length of the Titanic and weighs 400 tones, lighter than a Boeing 747. To reach Mach 3 the plane initially generates thrust through engines similar to those used in conventional jet aircraft. But beyond Mach 3, a specialist unit pre-cools the super-heated air generated by flying at high speeds before it enters the turbines, preventing the engines from melting.

If built, the cost of a ticket on the A2 – which will cruise at an altitude of 100,000ft (30,480m) – from Europe to Australia, is estimated to be around £2,000. Because it is fuelled by liquid hydrogen, the aircraft only produces water vapor and nitrous oxide as exhaust and has a negligible carbon footprint.