South Korea on Wednesday unveiled its latest unmanned aerial vehicle (UAV) that is the worlds fastest and also the world’s first remote-controlled aircraft capable of taking off and landing vertically. The aircraft has tilt rotors, meaning its rotary wings tilt, giving it a helicopter-like capability to vertically take off and land when its wings are facing upward, and the speed and operation range of a jet when its wings are tilted forward, according to the Ministry of Knowledge Economy. There is only one other aircraft with tilt-rotors in the world, which is the V-22 Osprey used by the U.S. Marine Corp. 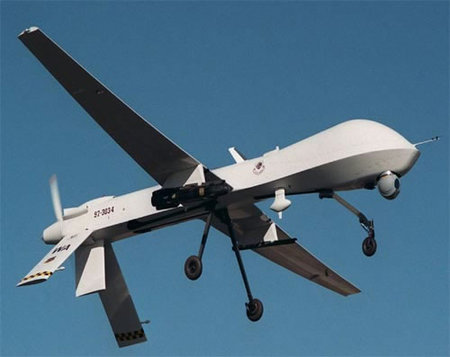