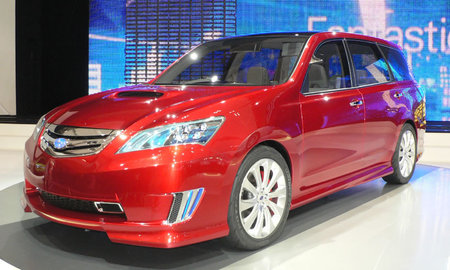 Fuji Heavy Industries Ltd has announced its Subaru “Exiga Concept” seven-seater concept car at the 40th Tokyo Motor Show. Its concept is great driving performance and an open interior. Subaru is the automotive division of Fuji Heavy Industries. Employing the Impreza sports wagon’s “SI chassis” as a platform, the Exiga extended the wheelbase and adopted three-row seats. It features an improved front view from the rear seats, which was achieved by raising the hip points of the second and third row seats and the openness of the rear seats, which was enhanced by adopting a large glass roof. In addition, to alleviate any sense of cramped quarters above rear seat passengers, the total height of the vehicle is increased to 1,630mm. 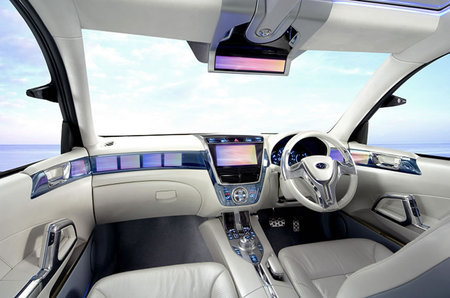 By adopting the company’s proprietary symmetrical AWD system and maintaining the gravity center low despite the extended height, the Exiga achieved stable driving performance. The power train combines a 2.0-L horizontally opposed turbo engine and a 5-speed automatic transmission. Front suspensions are strut type, while rear suspensions are multilink type. Subaru is a Japanese word meaning “unite”, as well as a term identifying a cluster of six stars, which the Greeks called the Pleiades – part of the Taurus constellation. The Subaru Exiga is expected to emerge on the market as early as 2008.