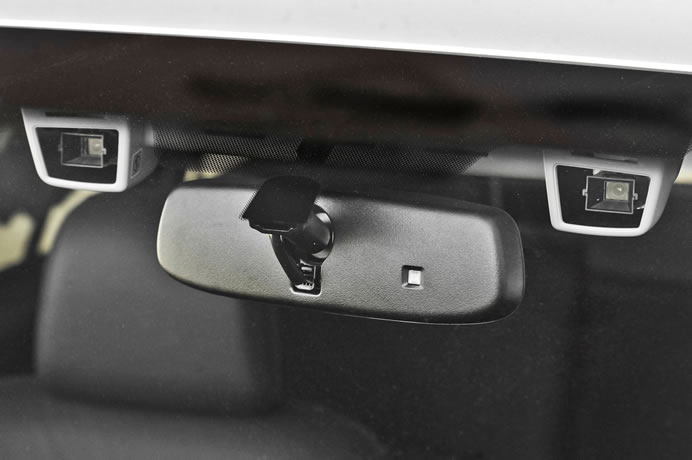 The cumulative sales of Subaru models equipped with EyeSight advanced driver assist system surpassed 300,000 units in Japan at the end of March 2015.EyeSight’s pre-collision braking control works to avoid or limit frontal impact by detecting other vehicles, pedestrians and cyclists and slowing or stopping the car when necessary. Its another key feature, the adaptive cruise control, not only maintains a set distance behind the vehicle in front, but also controls braking if the preceding vehicle stops, which contributes to a pleasant driving experience by reducing driver load in situations such as peak traffic.


EyeSight, which is the world’s first system to solely use stereo camera technology to offer those driver assist features, has been acclaimed by Subaru customers since its launch in May 2008, and EyeSight-equipped models accounted for 85% of sales in Japan for the fiscal year ended March 31, 2015.