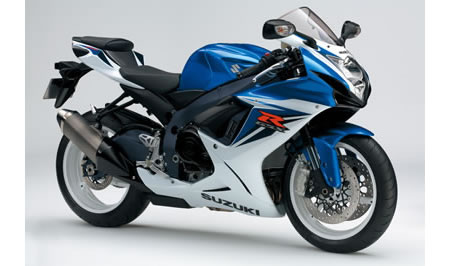 Suzuki has evolved its 600cc Supersport once more. The new GSX-R600 has a newly designed frame, a Big Piston Front-fork, and Brembo monoblock front brake calipers. Plus, its engine has lower mechanical losses thanks to advanced component-design techniques originally used with MotoGP machines; output is higher at high engine speeds, and torque is higher in the low-to-mid rpm range. The engine improvements are complemented by revised transmission gear ratios, resulting in better acceleration and an improvement of at least 10% in fuel economy over the 2010 model.

Suzuki has unveiled the new overseas motorcycle model Suzuki GSX-R600 for 2011 at the Intermot motorcycle, scooter, and bicycle fair, which is being held in Cologne, Germany, from 5 to 10 October. The new Suzuki model offers improved performance together with an improvement of at least 10% in fuel economy.