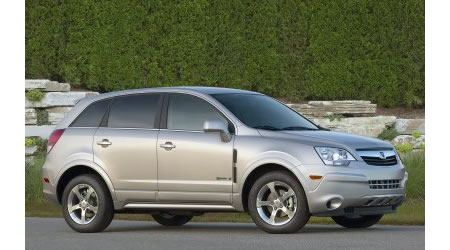 Saturn, a division of General Motors Corp., announced that the all-new 2008 Saturn Vue Green Line hybrid will have a fuel economy rating of 25 miles per gallon in city and 32 miles per gallon on the highway — the best highway mileage of any sport utility vehicle. In combined city and highway driving, the Vue hybrid’s fuel economy estimate is 27 percent better than the non-hybrid four-cylinder Vue. The Vue Green Line’s highway fuel economy will allow the vehicle to travel up to 585 highway miles on one tank of gasoline, farther than any competitor’s SUV. That is enough range to travel roundtrip from Los Angeles to Las Vegas, from Washington, D.C. to New York City or from Detroit to Chicago. Potential one-way single-tank trips include Atlanta to St. Louis, Denver to Salt Lake City and Milwaukee to Kansas City. 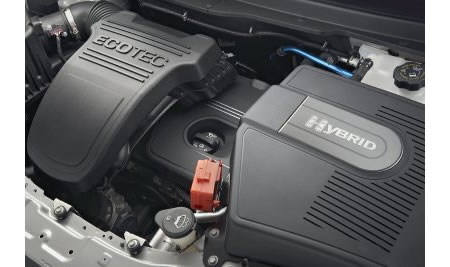 The hybrid Vue’s 28 mpg combined city/highway rating gives the Saturn line-up a compact utility with significantly better fuel economy than the Honda CRV (22 mpg) or Toyota RAV-4 (23 mpg). The Vue Green Line also provides SUV capability with better fuel economy than that of popular sedans, such as the Toyota Camry (25 mpg) and Honda Accord (24 mpg). Saturn also announced that the Vue Green Line will have a manufacturer’s suggested retail price of $24,795, making it the most affordable hybrid SUV on the market.