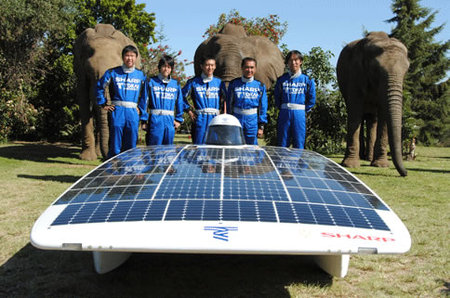 The Tokai Challenger, a solar race car equipped with Sharp solar cells, has won the South African Solar Challenge 2010. The race event lasted for eleven days from September 22 to October 2 in the Republic of South Africa, with official support of Federation Internationale de l’Automobile. The Tokai Challenger solar car is equipped with Sharp compound solar cells developed for outer space applications. The cells have a cell conversion efficiency of 30%, the highest level in the world, with an output of 1.8kW. The Tokai University team started the race from Pretoria, the capital city of the Republic of South Africa, passing through Cape Town and Durban before returning to Pretoria. They covered 4,061.8 kilometers at an average speed of 90.1 kilometers per hour. 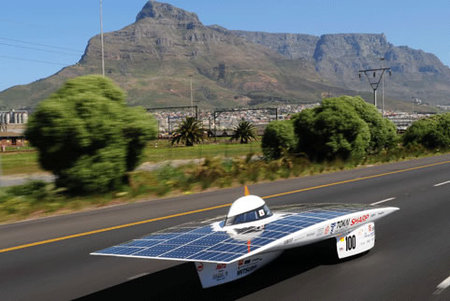 The Tokai Challenger crossed the finish line in the first place at 12:00 PM on October 2 (local time). The Tokai University team and solar car equipped with Sharp’s compound solar cells has won two consecutive victories in the solar car race, following a victory in the Global Green Challenge, the world’s largest solar car race, held in Australia in October 2009. 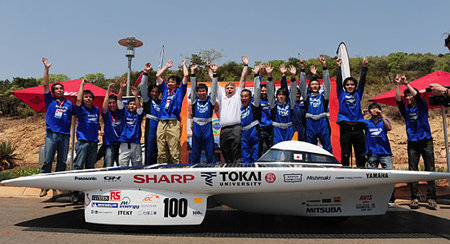