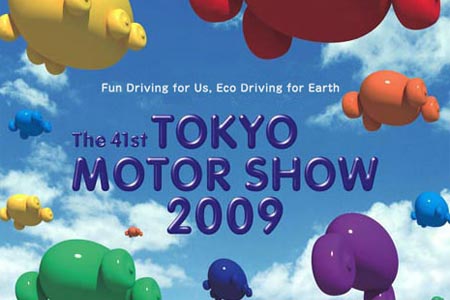 The 13-day Tokyo Motor Show wrapped up on Wednesday at the Macular Messe convention hall in Chiba, with total visitors less than half that of the previous show. The show aimed to draw over 1 million visitors by offering test-rides of the latest models and other events, but fell short of its goal. The show, held once every two years, drew 614,400 visitors in total this year, falling short of the 2007 event’s total of 1.42 million. Major overseas manufacturers largely refrained from participating in this year’s show, with only three foreign auto makers taking part.

With the overall number of participating companies down by half from the previous show, this year’s show, which was four days shorter than usual, ended up lacking excitement. The next Tokyo Motor Show is scheduled to be held in autumn 2011.